SUNSET represents the first novel I am taking forward towards publication. It felt very strange when I finally took steps to begin the process (and more than a little nerve-wracking), but I know whatever happens they will be worthwhile steps. Now, this article is not a sales pitch for the book – not yet, anyway(!) – but it tries to answer some of the questions people have asked me about it and the steps I am taking to get it published.

Set in the present day, SUNSET tells the epic story across four books of a group of friends caught up in a war that is not theirs, and the changes it wreaks on them as they discover a wider universe. The setting moves from the familiar scenery of Britain to the unfamiliar as the Earth itself is invaded… though this invasion is not what it at first seems. The friends’ struggle to survive changes from escaping a kidnapping to surviving a strange new enemy and learning a new way of life, whilst everything threatens to disintegrate around them.

By the time their story is told across the four books, they will have faced terrorism, piracy, front-line battles and the horrors of a civil war. Along their path, beliefs will be challenged and unthinkable sacrifices made, but they will also experience new wonders and forge truly long-lasting friendships.

In this, the first book in the series, the group of friends are kidnapped by terrorists, the experience forging them with the strong bonds they will need in all they are to confront. Phil Riwaun, nursing a private grief even as he tries to rebuild his life with Rachel Molan, must face up to leading them all to safety, whilst increasing chaos engulfs the outside world. Set against him will be his friend, Dave Brisbane, whose strict non-violence ethics lead them into increasing confrontations. But the real antagonist, surfacing like a decaying nightmare, is Asbara; a former terrorist and now mercenary for hire. 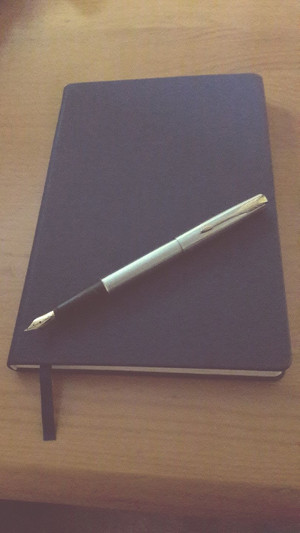 THE SERIES IN A NUTSHELL

The books that comprise the SUNSET series are as outlined below; description carefully worded to avoid the worst of any spoilers that may occur through knowing “what happens next…”

MY AMBITIONS FOR THE BOOK

OK, that’s the promotional ‘blurb’ dealt with; now a few further things. Some of you reading the above description may think this book will not be your reading material. I would say wait and see. SUNSET may have elements of sci-fi, but I give you a no-weird-alien guarantee. Sci-fi provides part of the setting, but the books are about the characters, about friendship, and about the difference one person can make.

Wow. That all sounds somewhat overconfident, and reads as if SUNSET is already on the shelves of Waterstones, or amongst next week’s Kindle downloads! I’m aware that as a debut writer trying to get an agent for a four-book series might be ambitious; yet at the same time, if they like what they see with the first ‘episode’, knowing there is more not just in the pipeline but ready to roll may help. I’m also aware that the wide ‘cast’ in the story could make it an optimistic debut, but they are necessary for the full tale to be told, as every character ends up playing their part across the four books. In that regard, I take as my inspiration epics by the likes of Terry Brooks, Stephen King, and even Dickens.

(For those of you not in the know, long gone are the days when a writer would nervously submit their work direct to a publisher. There are very few publishers who still work that way, and for the most part, the aspiring author seeks to attract a literary agent; who, if they are confident of there being a market for the work, will approach a suitable publisher on their behalf. But of course, the Internet is opening up other opportunities…)

Now, of course, there’s no guarantee that an agent will approve of everything in SUNSET as it stands. Nor indeed any publisher they approach! It may be that the title itself is changed (and I’m hardly precious about that). They might request the four books be merged into less, or expanded into more. They may even request rewrites beyond those I have already made, further pushing back any date of publication. Agents have the expertise in what they believe will sell, and it would be arrogant not to take on board their advice.

HOW DOES SUNSET COMPARE TO MY OTHER FORTHCOMING BOOKS?

Not all my other stories could be categorised as similar to SUNSET. Not all are sci-fi, although most have a nod to sci-fi, fantasy or historical genres. In fact, I was originally tempted to base SUNSET in a historical era, but the setting adopted just seemed to flow off the nib of its own accord. That being said, I truly hope that my future readers twig what each ‘other-worldly’ setting is based on.

To date, SUNSET is also the only story I have written (or begun to write) that forms part of a series; all others act as entirely stand-alone works. That’s not to say I don’t have further large-scale epics lurking in the dim recesses of my fountain pen – far from it – but I would want to be a published author before I launch into the experience of writing such a large tale again.

As of the date of this post, I am awaiting responses from my recent submission of the novel to selected agents; if I  hear nothing back, I will move onto another batch of submissions. All contacts so far have naturally been sourced from that useful tome, the Artists and Writers Yearbook, which I would recommend to anyone thinking of getting published.

Everything I have read or heard from authors indicates it wasn’t the first agent they approached (if any) who expressed an interest in their debut novel, so I will be patient and work solidly, as hard as if this were part of a job. Which, in a way, it is. But I’m realistic and understand that luck can also play a part – with the huge number of submissions each agent receives every day, it is never going to be easy delivering the ideal ‘pitch’ that will elevate SUNSET out of a bulging mailbag.

So, as indicated on my ‘About‘ page, I will be going down the self-published route if I can’t attract an agent – at which point I will become very interested in talking to people who understand publicity and marketing! If I believe anything, it is that SUNSET and its characters tell a story some will find worthwhile.

Meanwhile, work continues on getting other stories ready for publication; creating new ones; and on developing this website further. All told interesting times lie ahead, so watch this space. (No, seriously, do watch this space; with the daily 9-to-5 and all my running training, things will happen. Just perhaps not that quickly…)

SUNSET may be the first book I look to publish, and it has been a real labour of love – but it certainly won’t be the last.